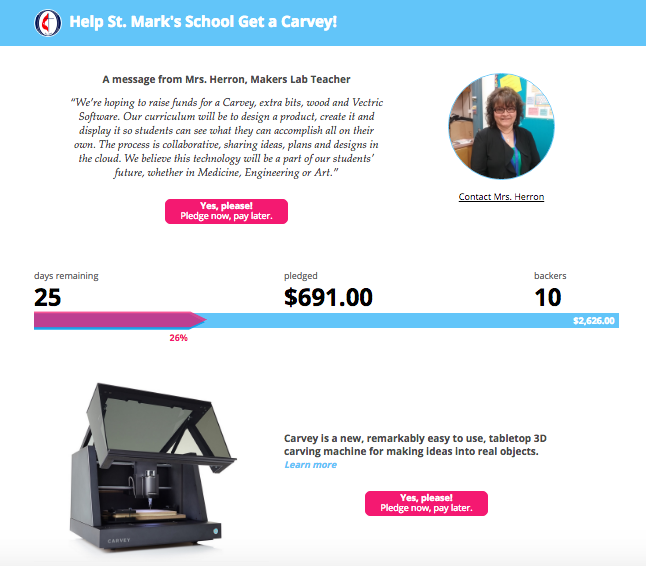 We’re excited to announce that late last week we launched the first of our school crowdfunding campaigns. Building upon last year’s donation of a 3D carving machine to a school in each state, this year’s program gives schools and their supporters the tools to customize and promote their Inventables wish list. It’s focused on increasing the role of Carvey within STEM/STEAM curricula, rallying schools to start or grow their maker space to include 3D carving. Campaigns will last for 30 days, with each school receiving their own dedicated page on the Inventables website.

Kicking things off is St. Mark’s School in El Paso, Texas.  They’ve raised almost $700 in only four days, having graciously partnered with us to pilot the program and work out any remaining kinks ahead of its expansion later this year. Please check out their page and consider supporting the cause!


And if you’re interested in starting a campaign for your favorite school, just fill out this form, and we’ll be in touch as the expansion continues.