- April 13, 2016
Within the next few decades, an explosion of new technologies is going to once again make the United States the top dog of manufacturing. 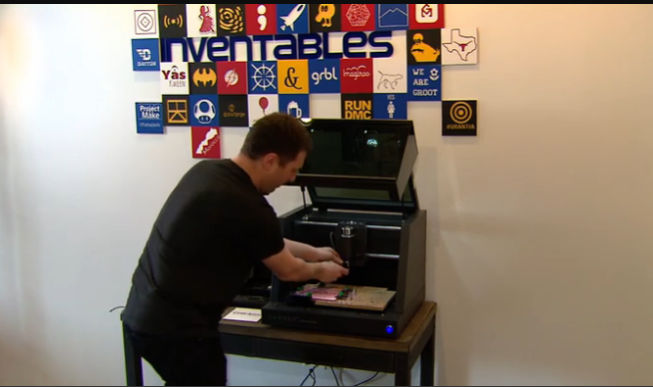 Inventables Founder and CEO, Zach Kaplan is just one of the individuals leading the digital manufacturing revolution.

3D carving is used to carve objects out of many different materials like wood, plastic and even metal. You start with a flat piece of material that is clamped down tightly to secure it during the carving process. The project design is created on the computer and then sent to the 3D carving machine.  A part of the machine called the spindle, rotates the bit to remove material from the surface. The spinning bit has sharp edges so it is moved perpendicular to its axis of rotation, which creates cutting on the circumference of the bit rather than the tip.

Kaplan spoke with Chicago Tonight’s reporter, Eddie Arruza about the beginning of the digital manufacturing revolution here in the United States. Kaplan explains that while we are still in the infancy stage of this revolution, the amount of tools and people participating are going to explode within the next few decades.

With release of Inventables newest machine, Carvey, Kaplan hopes to make a big impact in the progress of the revolution. Carvey is a quiet and clean tabletop 3D carving machine that is also easy to use. Kaplan hopes Carvey becomes a common well-known tool, much like PowerPoint is today. While Carvey is not the only 3D carving machine on the market, Kaplan says it is the easiest to use. 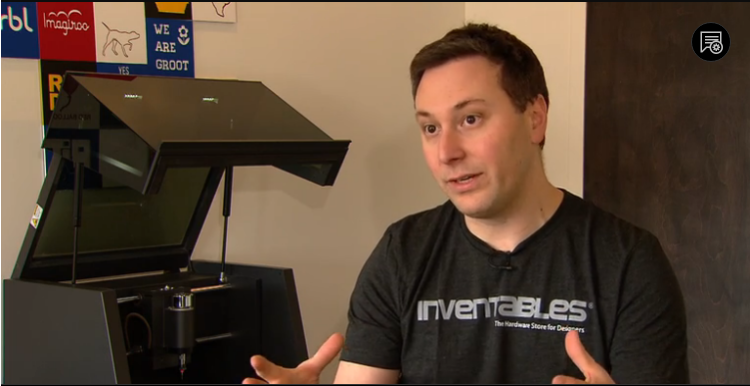