- October 02, 2015
We are getting really close to shipping Carvey to all our Kickstarter backers. Our vendors are sending the remaining parts via air shipments, many of which are already en route. More details to come, along with the date we will start shipping (we need all the parts to arrive safely and pass inspection first).


We’ve given you a bunch of updates on the Carvey hardware lately. Meanwhile, our software engineering team has been working on Easel, the free software that controls Carvey. The tight integration between Easel and Carvey is what really makes the experience great.


Today, I’m going to give a quick update on their work and show a project that utilizes the new software features.


Easel App Store
Our engineering team spent a good portion of the summer building our own engine for Easel. They also built an API so third-party developers can make apps, and we rolled out a beta version of the Easel App Store. This has already yielded really helpful add-ons that can be used within Easel, like a box maker and an inlay generator. We’re excited to see how this will evolve. It takes Easel from a software tool to a software platform.

Project
I decided to demonstrate how the Easel App Store works by using the Inlay Generator to make a baby name sign for a friend. I typed the name “Hudson” in Easel, selected the text, then opened the Inlay Generator in the App Store. It prompted me to set my bit size, and select a tolerance. 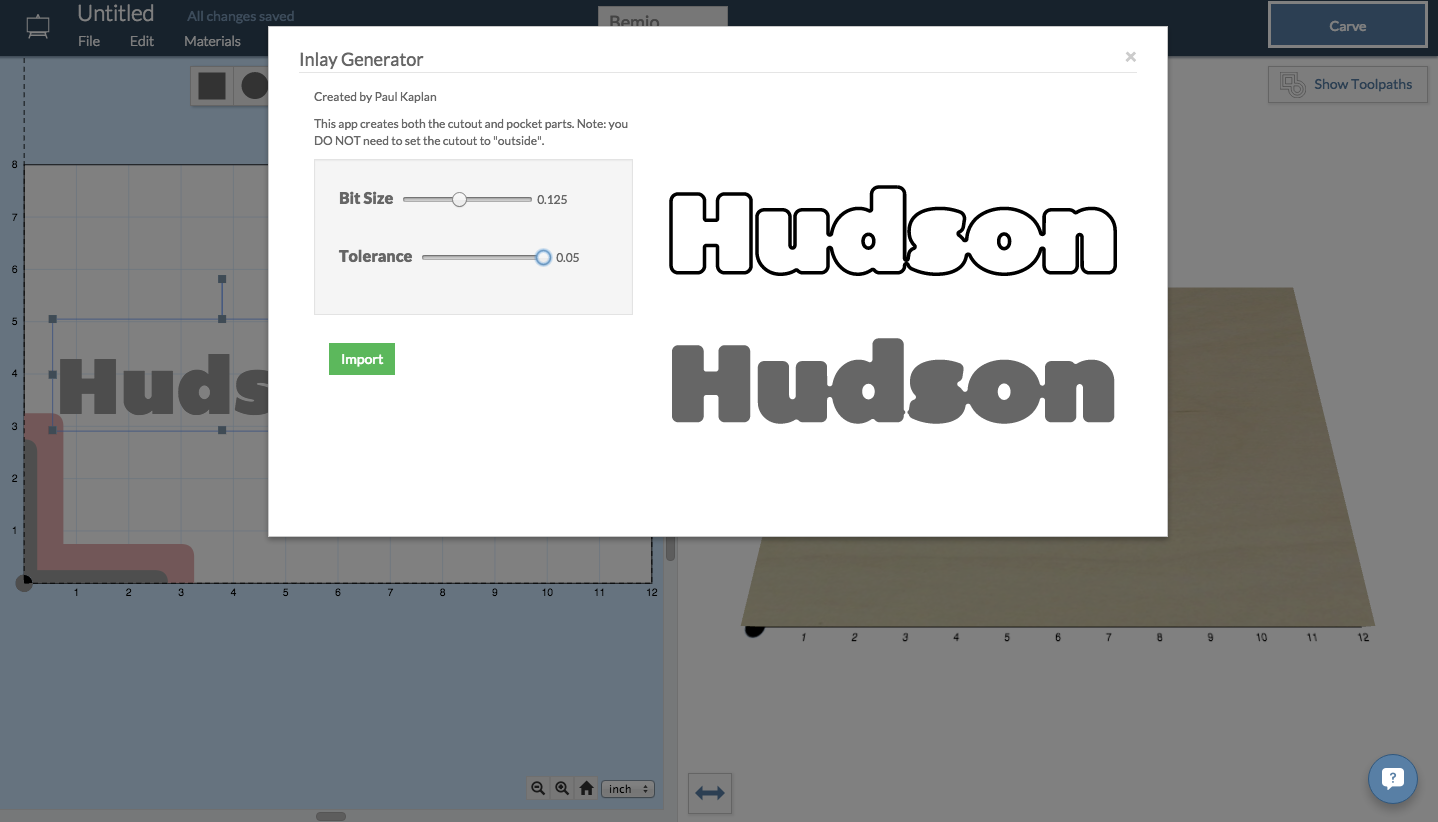 I carved the bottom layer of the sign from a ¾” piece of hardwood. 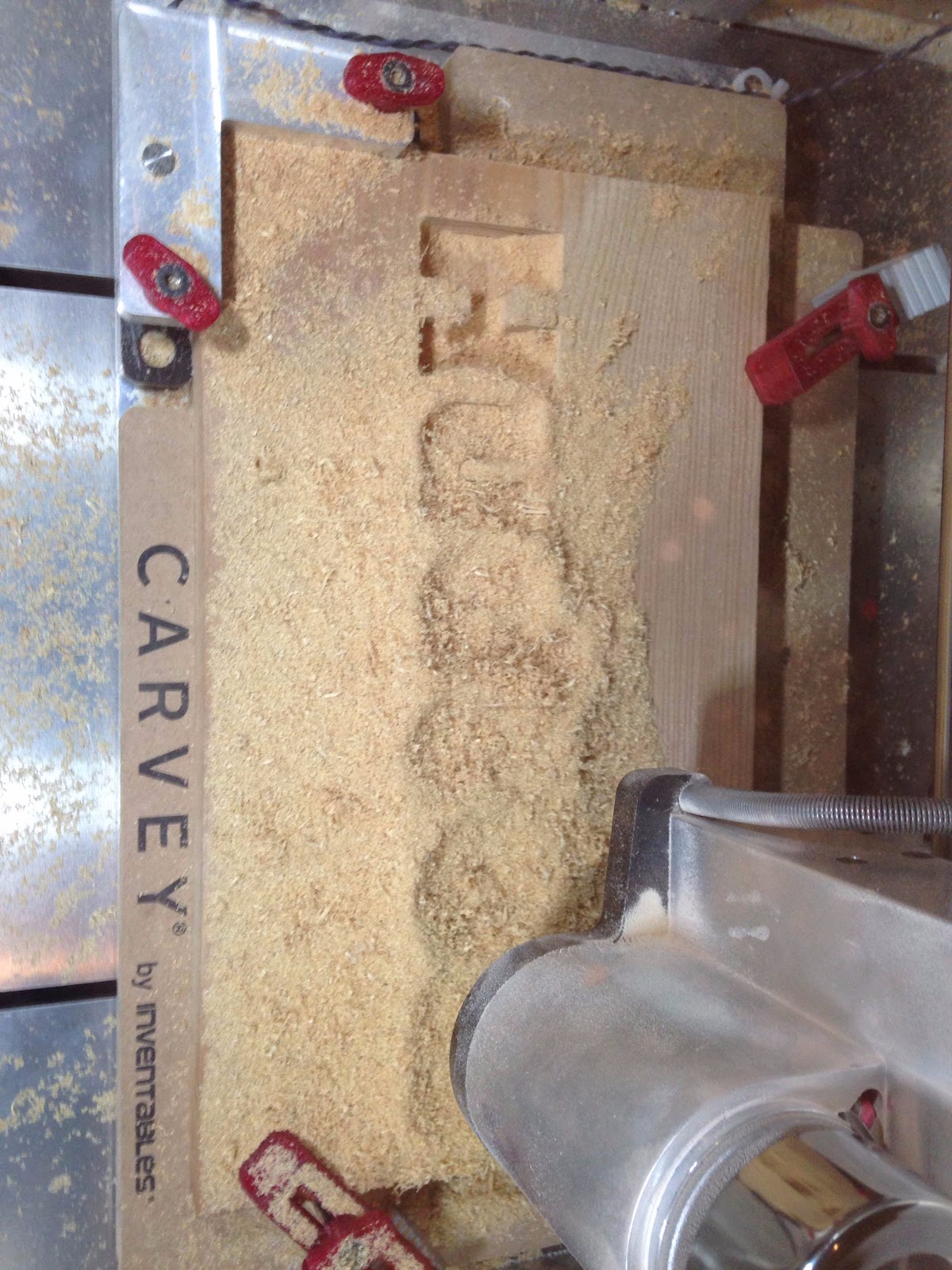 After I vacuumed this piece, I was ready to carve out the letters for the top layer of the sign from ½” thick hardwood. I got to use another new Easel feature, Interactive Tabs, for this step.


When cutting all the way through a material, like I wanted to for the letters, you can use things called “tabs” to hold the cut-out pieces in place. Tabs leave small, thin pieces of the material in tact around the perimeter, preventing the design from cutting out all the way and flying around inside your machine. Easel now allows you to choose the size and placement of tabs, so you can customize them for easy removal when you’re done carving.

You can see that the tabs prevented my letters from dislodging while being cut. 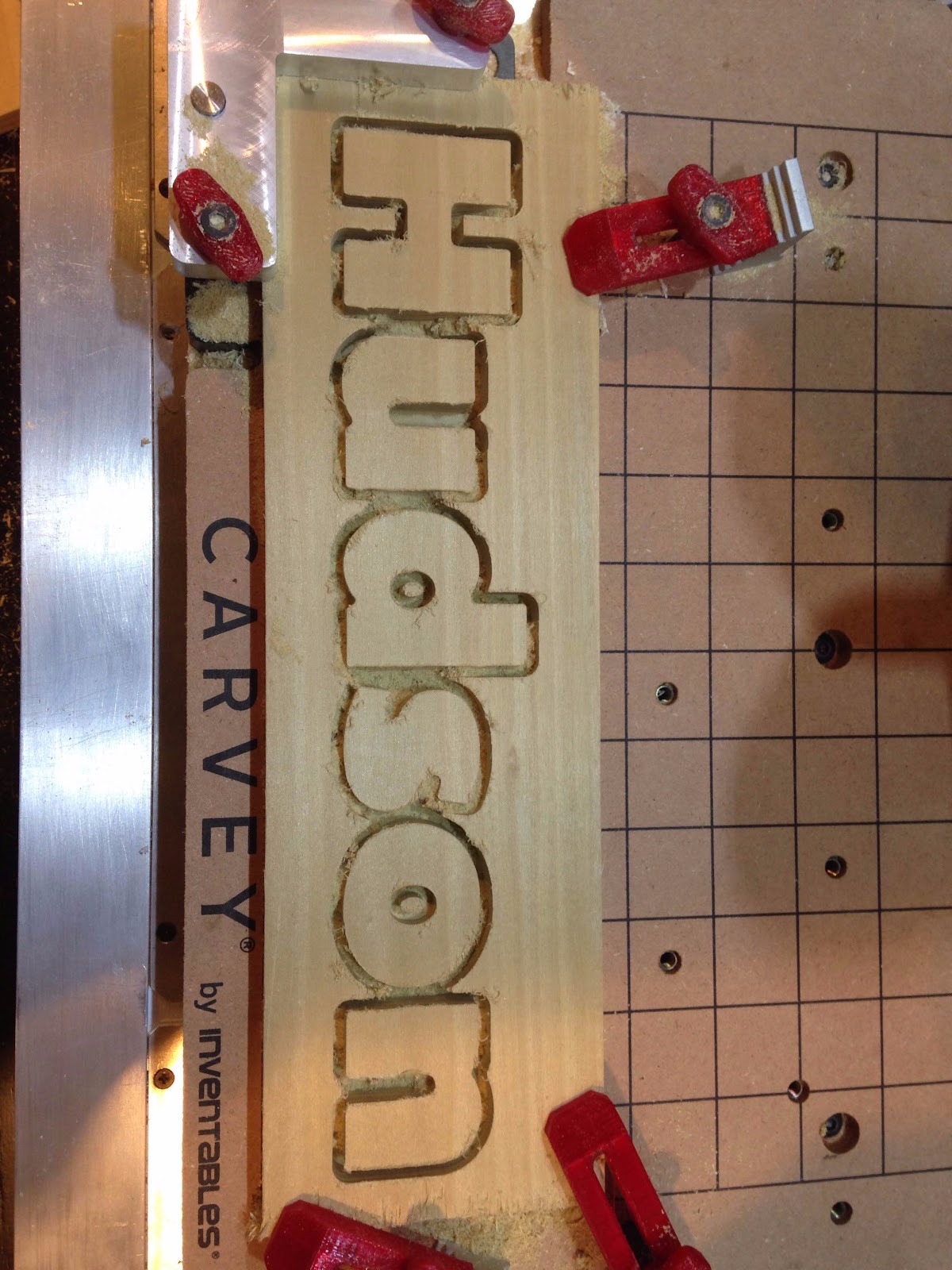 I removed the tabs, then sanded and painted the letters. Here is what the finished sign looked like; I hope he likes it! 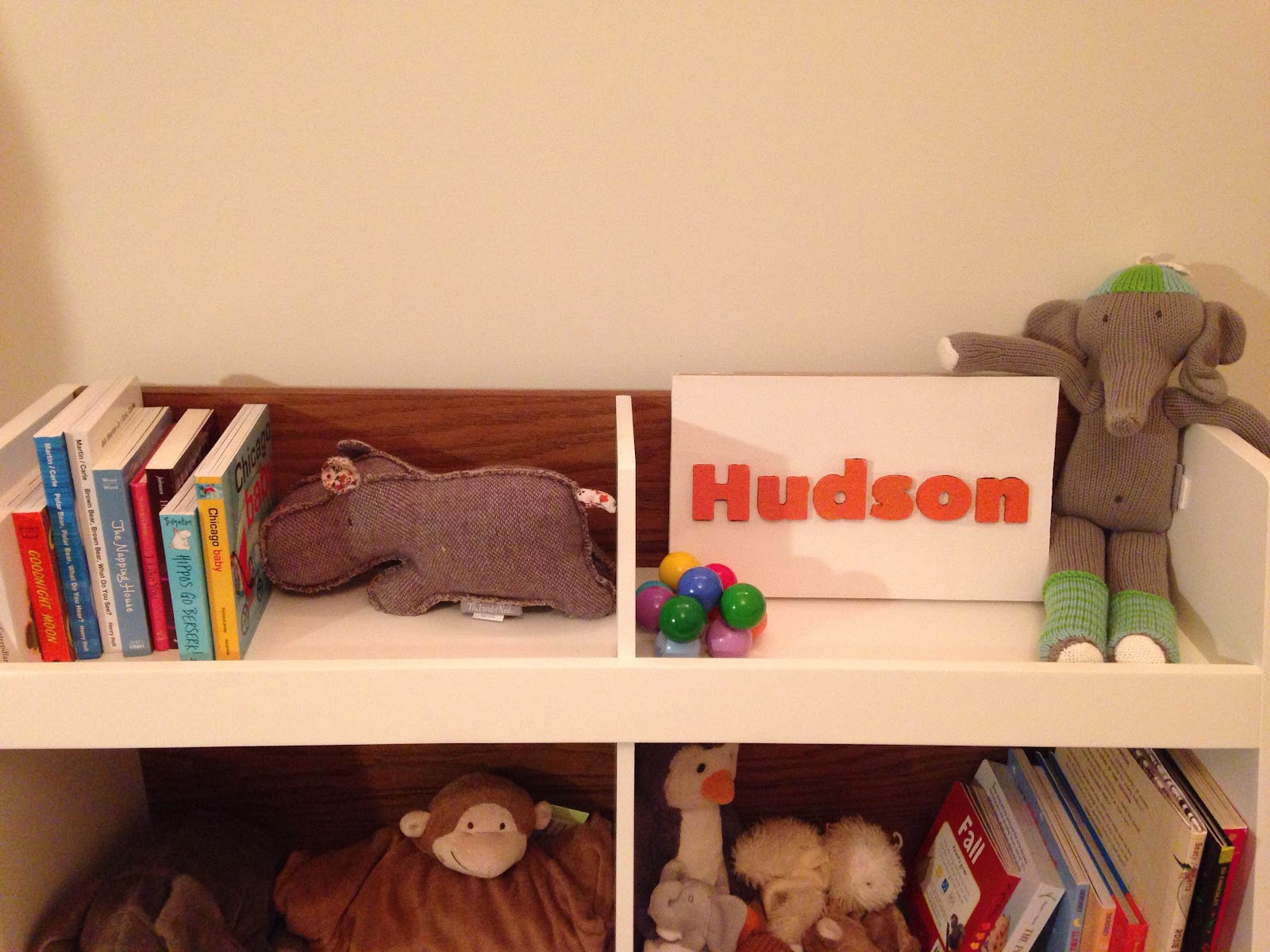 A few folks were interested in what various parts look like coming out of the machine before finishing.  We’ve been testing a lot of different materials and bits over the last few months, and we have found the quality of the parts coming out of the machine with no sanding is highly dependant on the type of material and the type of bit that you use. In our next update, we will show pictures of the tests we’ve run.