Showing posts from April, 2014
Show all

- April 25, 2014
Alden Hart of synthetos , creator of the grblShield and tinyG motor controllers, took some time to write about using tinyG with Shapeoko. We followed his advice and hooked up one ourselves, and I have to say that we're really impressed by the difference- Shapeoko feels like a totally different animal with tinyG in charge. Here's a video of tinyG controlling the machine to run a "hello world" job: Here are the tgFX panels showing the correct settings for Shapeoko. Note that you may need to change the axis assignments and polarities for each motor depending on how you wired it up, which is one of the nice features about tgFX- just pay attention to your motor's coil pairs, and then do all the rest in the software. And as a special treat, Alden's rundown of the setup, and explanation of the control principles. Thanks Alden! Shapeoko and TinyG Shopeoko and TinyG are a great fit. The combination make a good upgrade to support very smooth, fast motor
4 comments
Read more

You spin me right round baby!

We had a little fun with the new Knob with Crank for NEMA 17 and 23 stepper motors. For the record, you can use one stepper motor to generate enough power to turn another one, but the efficiency of that energy transfer is a little low... If you want to turn this .gif into a dance party, here's your soundtrack- just hit play:
Post a Comment
Read more

Upgrading your Shapeoko 2 with NEMA 23 motors

A lot of people ask us about upgrading their Shapeoko 2 to use NEMA 23 motors on the X and Y axes. To make that process a little easier for everyone, we decided to offer up a project that includes all the components necessary, click here for the shopping list . Important notes:  This is an experimental modification Your results may vary You might do something weird and accidentally burn out your motor driver board If that or something else catastrophic happens this is not our fault, you crazy hacker! That said, here's the instructions. You crazy hacker you. 1. Head on over to the project page and order the list of parts . There's a convenient "add to cart" button that has everything you need. 1. Remove the motor carriage plates from your shapeoko. This basically means: disassemble your Shapeoko most of the way. You need to remove the motor carriages completely from the makerslide, and the easiest way to do this is to remove the screws that ho
9 comments
Read more

We just got in some of the new Makerbot Replicator 5th Gens , and they're looking good! Big improvements over the last model include: Integrated camera so you can monitor/record your prints Bigger, color LCD screen  Wi-Fi connectivity Updated Makerware software Easier leveling Glass build plate can slide out of the machine when your job is done The new Smart Extruder system which allows Magnetic mounting for easy replacement Sensors to pause your job if it runs out of filament The build volume is 7,522 cubic CM (456 cubic inches), about 11% larger than the Replicator 2. The print resolution is 100 microns/layer, and it's optimized for PLA filament. We have a limited number of these highly sought machines in stock right now, so you might want to act quickly. After our initial supply is exhausted, we're looking at a ~6 week lead time.
Post a Comment
Read more 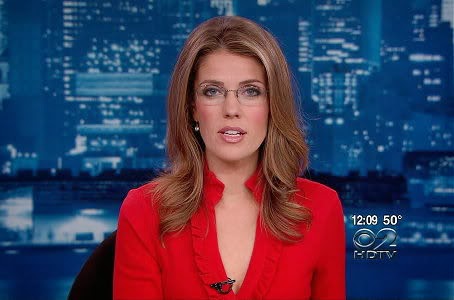 Kate Sullivan is co-anchor of CBS 2 Chicago News at 5 p.m. and 10 p.m. with Rob Johnson. Kate, who has won several awards – including an Emmy Award and the Associated Press First Place Award for Breaking News – joined us at Inventables for a tour, interview, and a little bit of making. Kate does a recurring segment for CBS called " Your Chicago ".  Every Friday at 10pm Kate or her co-host Rob Johnson get out of the studio and explore Chicago.  Last week she came over to Inventables.  Kate was interested in learning more about our new free software called Easel and the Shapeoko 2 .  She rolled up her sleeves and became a maker in minutes!   We even got her into a pair of safety glasses! Watch the full segment on the CBS News website .
Post a Comment
Read more

The Inventables team, all in one place!

We had a rare occurrence this week of nearly every single Inventables employee being in the Chicago office at the same time. (Sorry Joanne, we'll have to photoshop you in!) Here's a group photo we took to document this astronomical event: Greetings from everyone!
Post a Comment
Read more

Hi, I'm Paul Kaplan, software engineer on the Easel team here at Inventables. The dev team has been thrilled to see the excitement about Easel, and we wanted to let everyone know how we'll be rolling it out to more users. We wanted to elaborate on our motivation for building Easel, and explain the next steps towards expanding access to everyone. Here at Inventables we’ve been hard at work on Easel, a web-based app for CNC machines like the Shapeoko 2. Our goal with Easel is to make it fast, easy, and fun for anyone to go from having an idea to making a finished product. Our team recently went down to South by Southwest Interactive, where over 400 people had the opportunity to make custom bottle openers using Easel and the Shapeoko 2. Our CEO Zach officially announced Easel and was even joined onstage by Chicago mayor Rahm Emanuel. We take some pride in the fact that Easel is so easy even the mayor can use it! From a developers point of view, more important than seeing the
2 comments
Read more

Inventables Announces the Release of Shapeoko 3!

- April 01, 2014
The Shapeoko legacy continues with this newest update to the world's fastest-selling desktop milling machine. Inspired by handheld 3D Printing stylii like the 3Doodler, we've stripped down the Shapeoko to it's barebones function. Mill through wood, plastics, and even aluminum with the new Shapeoko 3!
Post a Comment
Read more
More posts