David L. McMullen recently posted on the Inventables website a featured project that involved the use of hand moldable plastic to form the facial features of an android. The plastic used here is a true thermoplastic, able to be heated and re-formed any number of times without degradation to the material. With a low melting temperature of only 136-140°F (58-60°C), this material is ideal for tooling with the hand and can be used for a plethora of applications as David’s use here as robot hair demonstrates. 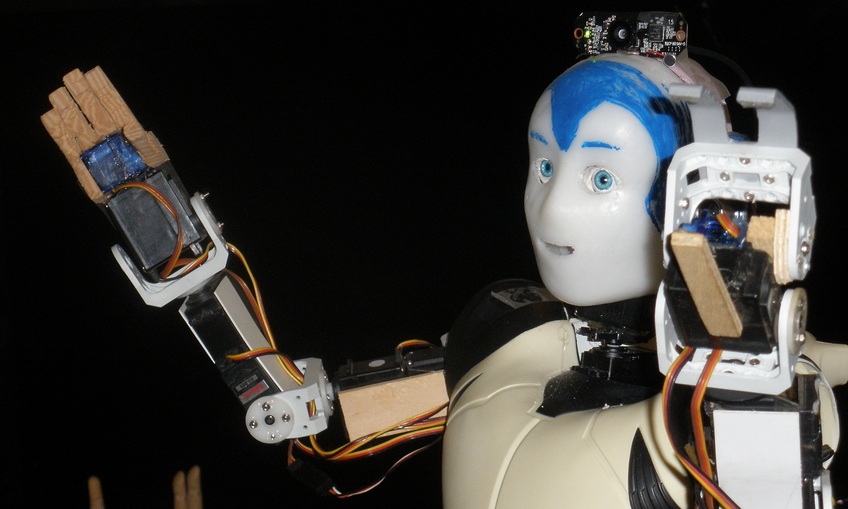 A question we might ask that arises from this use of hand moldable plastics is simple enough: why give an android hair in the first place? Facial features serve no immediate or practical utility on these designs. Under a strict credo of form following function, such details may even seem superfluous. Indeed, David’s plastic hair may not be as practically useful as say the android’s limbs or digits. But I would argue that this facial detailing is of important psychological significance in relation to the so-called “uncanny valley”.
In the fields of robotics and 3D graphics, the term uncanny valley is used often when referring to the surface level aesthetics of a given design. The term essentially refers to a state in which the design in question hovers between the threshold of “barely human” and “fully human”. Examples of these uncanny aesthetics might include Weta Digital’s photorealistic graphics in the recent film The Adventures of Tintin (2011) or the actroid models developed by both the Korea Institute of Industrial Technology and Osaka University. 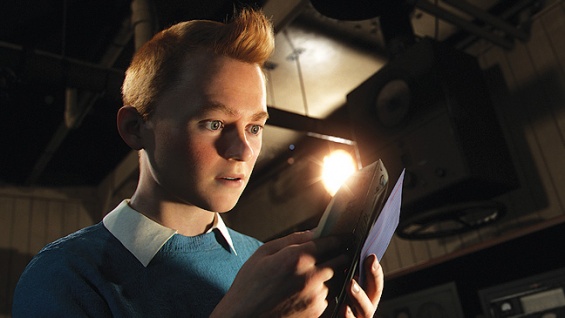 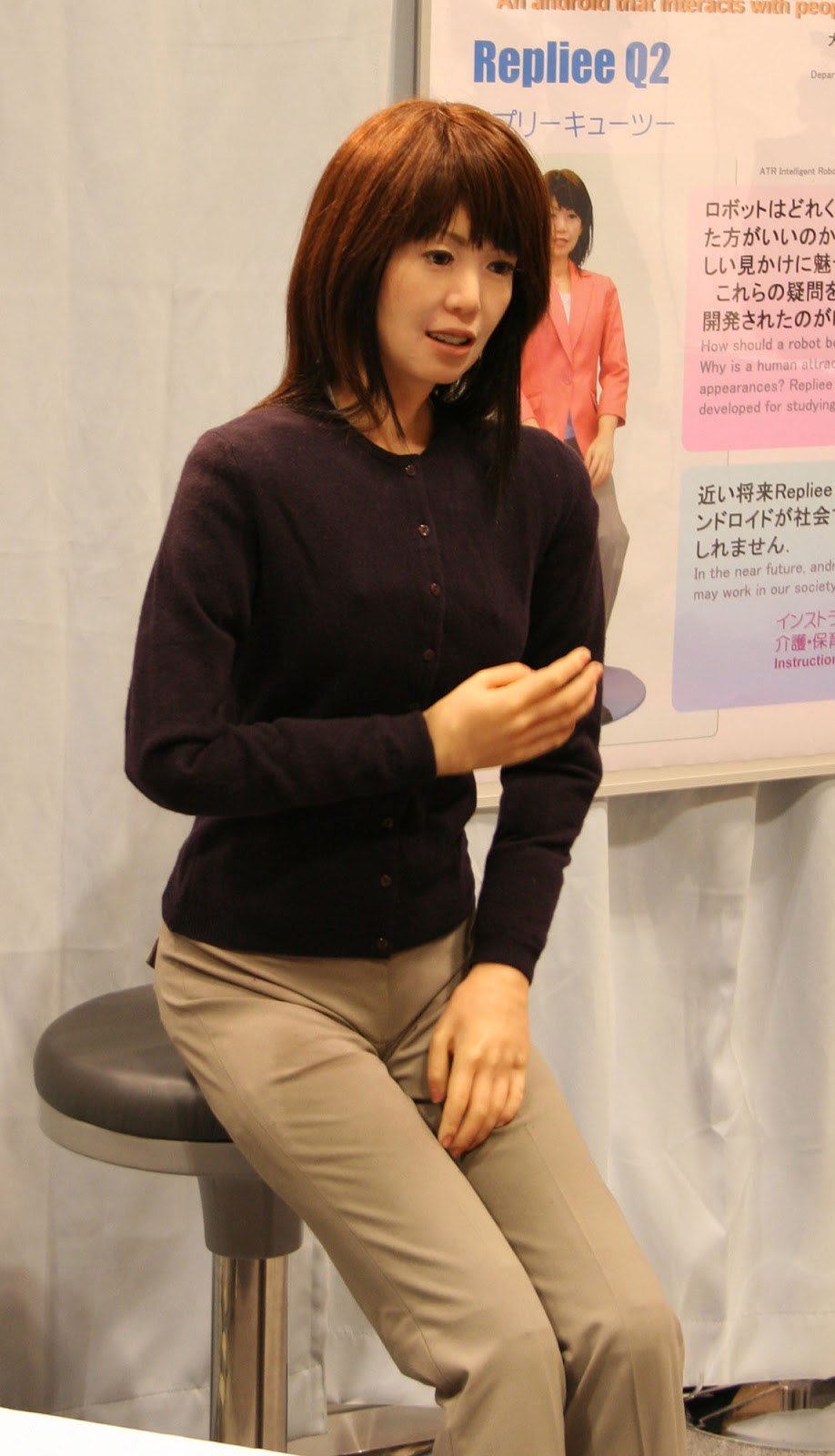 Uncanny designs from Weta Digital and students at the Osaka University in Osaka, Japan

Designs falling into this threshold of human likeness are often met with an anxious response. When tooling an aesthetic that has slipped into the valley, robotics engineers and graphic designers alike attempt to push the image of their product into full blown simulacrum or pull the aesthetic back into something that is obviously other than human.[1] The overall design of David’s android falls more into the category of barely human. It possesses the basic biped anatomy of a human being but the exposed electronics show it to be anything but. And yet there is the hair. The plastic facial detailing on David’s android pushes the overall design closer to the uncanny valley, an area of representation that normative robotics design tells us is a faux pas.
On the other hand, we might see the uncanny valley as symbolic territory that is in need of exploration, particularly in today’s climate of accelerated technological advancement. Elsewhere in the design community, the creation of artificial life and intelligence is progressing in leaps and bounds. Advanced computer coding, for instance, is now able to produce entirely immaterial digital bots that can exhibit complex behavior when performing tasks with incredibly large sets of data. These bots execute actions that can produce immense ramifications but go about their work in the black box installations of server farms and digital networks. These algorithmically produced creatures go about their work with no face.

It would seem then that by pushing robotics farther into the uncanny valley, as David has done with his hand molded plastic hair, we may give a familiar skin to an unfamiliar being. This face may induce anxiety and even fear in the user, as a traditional response to the uncanny valley would predict. But to me, the greater fear is an artificial intelligence that I cannot see let alone recognize. David’s android, with its slick plastic haircut, looks actually to be quite a friend to human and machine alike.


[1] For an example of these adjustments, think of the replicants in Ridley Scott’s 1982 film Bladerunner versus Dyson’s upcoming DC06 robotic vacuum cleaner.