- February 14, 2013
Our building neighbor, Karl, approached me with a project idea for Valentine's Day. He wanted to laser engrave a drawing he made onto a flask for his girlfriend. After some trial and error we successfully engraved his drawing onto the leather flask case. 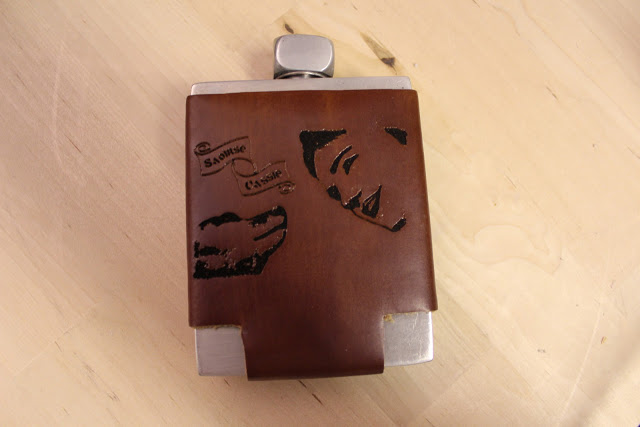 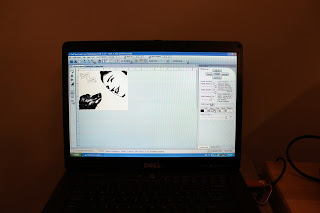 The first bump we ran into was not being able to open the .svg file with the Retina Engrave software. The scanned in drawing was very detailed and yielded a large file size. We saved the image as a bitmap and opened it directly into Retina Engrave. This worked great, and we were able to raster engrave successfully from there. 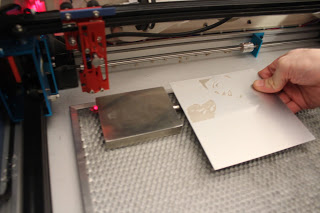 We were able to engrave it using a test piece on anodized aluminum . But we had no idea what kind of metal the flask was made of. Our first test on the flask was unsuccessful. The metal deflected the lasers beam. 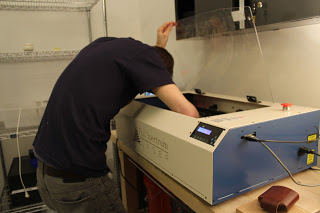 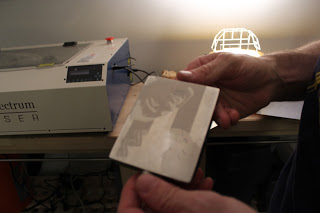 After some creative thinking, we covered the flask in scotch tape. We figured the tape would allow the laser to burn on the surface of of the metal and hopefully leave a mark. 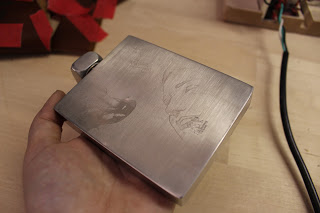 We had some success with this method, although the result was not exactly what we wanted.
Our next plan was to engrave the leather case that Karl made. 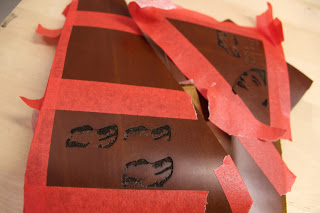 After some playing with the darkness of the image, we finally agreed on the best version and proceeded with the final engraving.

This was a fun learning experience and gave me some insight on the trials and tribulations of laser engraving different materials. This is a great example of how digital fabrication machines can be used to create fabulous gifts and products!