The Huffington Post reported:
"As if planning to build a moon base weren't enough, the European Space Agency may try to do it with 3D printing.

"Printing" a building out of layers of lunar soil could be much easier and cheaper than bringing the whole structure from earth. And there's even a printer that can do the job -- a device known as the D-Shape, produced by London-based company Monolite UK. It hasn't used real lunar soil yet, but tests with similar mixtures have been successful."

Now that is pretty interesting.  I've heard this idea before but below is a "test print" with material that simulates moon rock or moon soil.  According to the Huffington Post: "This 1.5 ton building block was produced as a demonstration of 3D printing techniques using simulated lunar soil. The design is based on a hollow closed-cell structure – reminiscent of bird bones – to give a good combination of strength and weight." 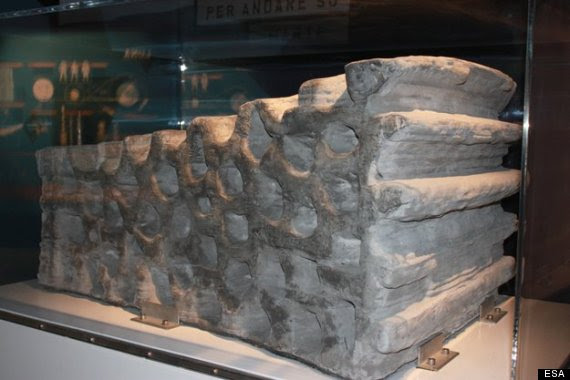 The picture below is an artists rendering.  It's a pretty interested idea to use the soil on the moon to create a building or a moon base.  The first thing I thought when I saw this picture was it might be easier to drill out a mountain instead of 3D printing a structure.  CNC Milling and drilling is underrated.  It would take a really long time to print that base but drilling into an existing hill seems like it would take less time.  I wonder what kind of internet connection they'll have up there. 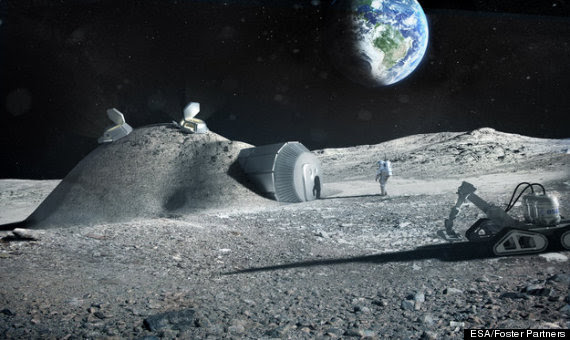