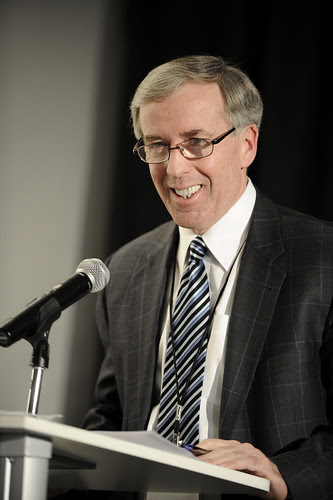 The evening started with an address by Kurt Haunfelner the Vice President, Exhibits & Collections at Museum of Science and Industry. He welcomed the audience and explained how MSI is growing their involvement as an arbiter of innovation in Chicago. He also talked about some of the big changes you’ll see at MSI in the coming months. They are installing a 40-foot tornado as part of Science Storms! They have a new medical diagnosis exhibit and high-tech Human Patient Simulator. The changes and improvements are remarkable. 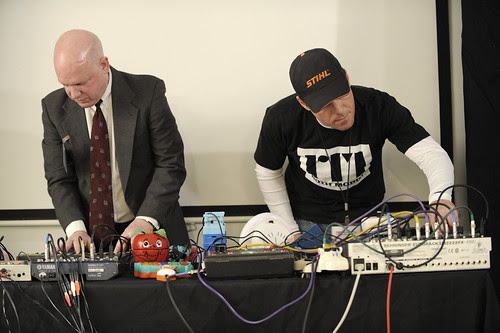 Roth Mobot is the Chicago based Circuit Bent musical duo of Tommy Stephenson and Patrick McCarthy. Roth Mobot's "recursive jazz" controls the random juxtaposition of improvised dark ambient drones, languid melodies, randomly discovered rhythms, percussive accidents, the humorous language of toys, and common discarded electronic audio and video devices. The guys from Roth Mobot did some of their circuit bending creating some unique musical sounds. They hacked old toys and hooked them up to some DJ equipment. This made it possible to "play" the toys like musical instruments. It was an interesting blend of technical and musical "making". 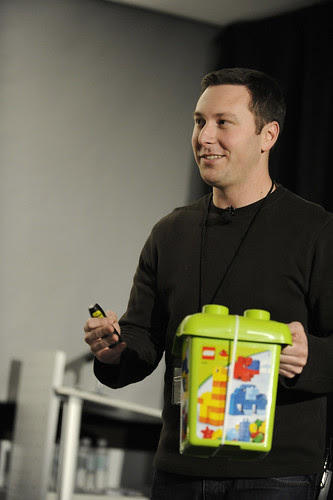 During the talk on Inventables, founder and CEO Zach Kaplan talked about building blocks. Specifically he walked through how the building blocks you use dictate the end product you will build. The purpose of Inventables is to give designers and engineers new building blocks to work with. Discovering materials like:

give designers and engineers fresh ideas and fresh perspectives. Zach walked through how he learned this lesson by playing with all sorts of construction toys as a kid ranging from Legos to Construx (check out a video of Zach's talk here). The talk closed with the story of another Chicago based entrepreneur named Craig Diamond. Craig has used the building blocks on Inventables website to create some new fight shorts that protect your crotch from nasty blows. Craig is so confident in the materials used in the shorts he's seen testing them out here with a real MMA fighter.

With Craig as your inspiration go find your own building blocks and make something.
inventables