- March 20, 2010
Inventables has been a long time fan of FIRST Robotics. The mission of FIRST is "to inspire young people to be science and technology leaders, by engaging them in exciting mentor-based programs that build science, engineering and technology skills, that inspire innovation, and that foster well-rounded life capabilities including self-confidence, communication, and leadership." 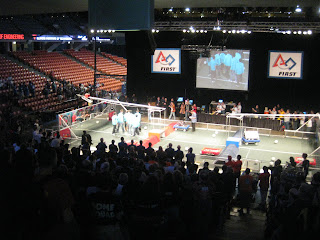 Each year the game changes and teams have a 6 week "build season" to build their robot. This years game is similar to a soccer match with a few modifications. The field has 4 goals, two on each end. There were 12 soccer balls used in the game. Each goal counts as 1 point and if the robot can lift itself up on the return scaffolding above the platform it's worth 2 points. The games are timed and have two phases, the autonomous phase, and the remote control phase. 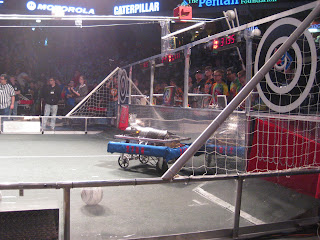 Here's a clip of some of this year's action.


After each match the scoreboard shows the audience the results. The crowd anticipates the final score and when it's shown the stadium erupts with cheers. 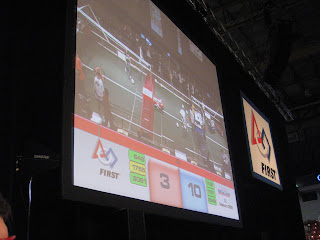 FIRST's mission is very similar to the mission of Inventables so naturally we get excited about FIRST events. Last year we made a financial donation to help support the Midwest Regional. Obviously cash is always appreciated but we've been thinking about how to make a more scalable an repeatable contribution that grows exponentially over time. 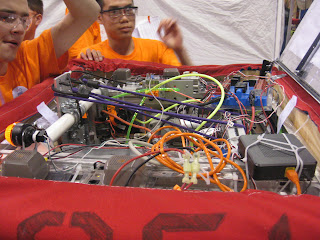 John Abele is the Chairman of the Board for FIRST and he had talked to us about the idea of creating a "girl scout cookies" type program for first. One of the original ideas was that students participating in FIRST could sell robots door to door. After hearing this idea we started thinking about all the different materials on the Inventables website - there had to be a connection.
John introduced Inventables to Dennis Roberson who is the former CTO of Motorola, the current Vice Provost of IIT, and the head of the Midwest Regional for FIRST. Working with Dennis and the Chicago Knights we started alpha testing, and now beta testing a program where students can be hired by the vendors that showcase their materials in the Inventables Marketplace and earn $250 to create a video of the material. If the program is successful it will be a win-win-win.

It's a win for FIRST because it could turn into an evergreen funding source where students use their own effort, intellect, and video editing skills to earn money for their robots which cost $10,000 - $100,000 to build, it's a win for the vendors that make the materials because they get a nice video to demonstrate what their material or technology is and how it work, and it's a win for Inventables because it helps buyers that come to our site learn even more about the material before deciding the contact the vendor helping us deliver on our brand promise "Sales leads worth your time". 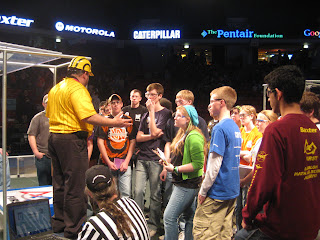 Later today we will be announcing a paid summer internship opportunity for a FIRST participant that is going off to college next year. Their job will be to work at Inventables and launch the program tis summer out of beta testing into production for next year's FIRST season. 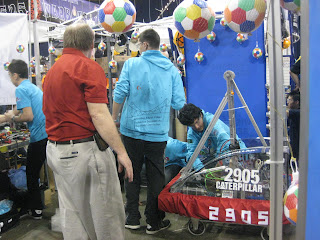 The atmosphere at the Midwest Regional was electric. The teams from around the midwest have converged on the UIC Pavilion and thousands of people are in the stands. In a few hours we'll find out who is going to the World Championships which are being held in the George Dome where the Atlanta Falcons play.
FIRST inventables