- March 02, 2016
On paper, North Carolina Woodworker is a non-profit, woodworking focused, web-based educational forum. However, the organization believes that a better description is a true woodworking community helping to grow and enhance the Maker Movement. The overall goal of the organization is to provide education to all adults and children interested in the art of woodworking because “the look on a child’s face after they have just created something that they never knew that could do truly is priceless”. They want to be seen as not only a place to ask questions and learn, but also an outlet to build deep, long lasting relationships.

The organization was started in 2006 by Steve Coles, who had self-funded the website to get it up and running. The now member supported organization has more than 6,500 registered users! Which makes sense considering their web-based educational forum is known as “the friendliest site on the net”. The once web-based only organization has now evolved into an active group that gathers to teach woodworking skills to not only each other, but also veterans, First Responders and multiple youth groups.

The North Carolina Woodworker Outreach Program, holds educational events throughout North Carolina, as well as, the surrounding states. The volunteers work in a hands-on environment with a student to teacher ratio of two to one, which allows the students to receive the attention and training they need. The classes are also free of charge and promise each student will leave with a hand-carved project. 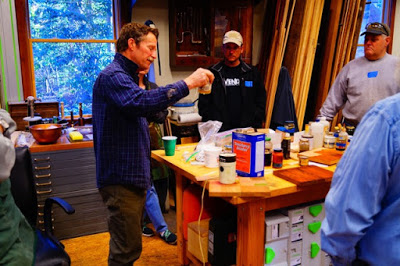 The Outreach program began with a group of caring members who volunteered at Fort Bragg, NC to teach woodworking skills to The Wounded Warriors. The group began holding monthly events, which turned out to be a huge success! In 2009 the post woodworking shop was shut down, but this certainly did not stop the volunteers from teaching what they love! Instead, the group began holding the events in other locations throughout North Carolina.

As the Wounded Warrior project continued to grow, North Carolina Woodworker decided they wanted to continue to do what they do best. This led the organization to reach out to the brave First Responders of our country in 2011. Just like the Wounded Warriors, the men and women who serve as First Responders, may have never had the opportunity to learn these skills had members of this great organization not volunteered their time.

The next big step was to reach out to the nation’s youth, who hold the key to the next wave of innovations. In 2011, the nonprofit made the leap and held their very first youth training class. With all the apps, games and social media in the world today, “it is hard to explain the gratification that comes from helping an early teenager put down their phone and actually build something”. 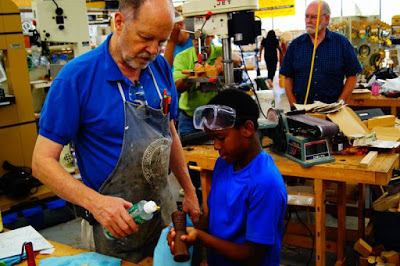 Last year, NC Woodworker held a woodworking workshop for a group of twelve excited Girl Scouts. The girls had loved the workshop so much, they had asked the volunteers to come back again this year! Of course, Phil and his team very willingly returned to teach another workshop for the eager little girls. This year the volunteers taught the Girl Scouts how to make heart-shaped keepsake boxes out of maple and walnut, in honor of Valentine's Day. 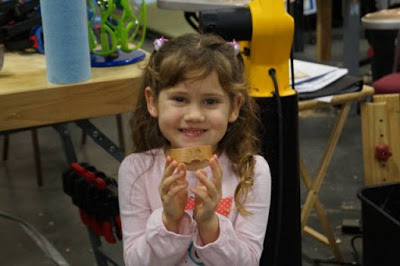 NC Woodworker also attended two big woodworking events last year, both of which were held in North Carolina. The organization participated in both The Woodworking in America event in Winston-Salem, as well as, The Klingspor Extravaganza event in Hickory. At both events, NC Woodworking members taught individuals how to make curved laminated wood bracelets. Once the person had completed the bracelet, they were able to engrave their initials into the bracelet using a CNC machine. The organization takes a positive approach to new and old woodworking skills. By teaching how to make the bracelet by hand, but also how to enhance it with new technology it, “was our way to merge old school hand tool work and modern CNC. The lines never stopped”.

While the group primarily holds educational events and programs, the organization also holds activities that enhance the social dynamic of the group including weekly “new member chat sessions”, a monthly guest speaker and a yearly picnic. There is a certain community and friendship that is alive among the members. One of their most popular and beneficial gatherings is their annual “shop crawl”. The event consists of about a dozen individuals opening up their personal workshops to allow visitors. At each shop, there is anywhere from 10 to 30 members who then move as a group to the next shop. This event allows individuals to see not only how other shops are set up, but also ask any questions they may have. This in turn allows makers to find inspiration for making their shops better and more functional. 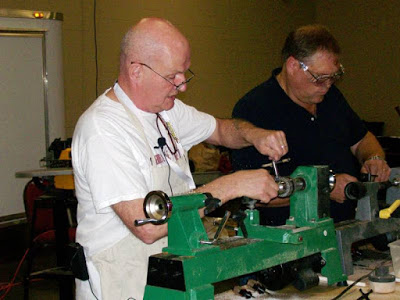 Phil Soper is an elected officer who joined the organization eight years ago and has been an active member ever since. He has held several positions within the organization including President for a year, Vice President for three years and is now the Development Director. Besides being an active member and an elected officer, Phil also goes above and beyond to help out this wonderful organization. Phil knows he is lucky enough to have an at home workshop, but instead of keeping it all to himself, he shares his love for woodworking with friends! Phil holds monthly gatherings at his workshop where he teaches makers everything from simple sharpening skills to ultra-lite boat building.

North Carolina Woodworker is a truly amazing organization, that strives to help educate all people of all ages by working to enhance not only the woodworking community, but also the lives of others. Click here if you would like to take a look around their great website, or donate to their special and wonderful cause!