- March 01, 2013
I've been going to TED conferences for 8 years.  Each year has different theme and typically the theme is only loosely tied to the content of the talks.  This year the theme was taken seriously.  The theme: The Young, The Wise, and The Undiscovered was the foundation and the TED team did a worldwide talent search to find speakers.  I had been thinking abou the fact that it must be harder and harder to find compelling speakers who's ideas or storys aren't out there.  The internet, YouTube, at the TEDx program have made it much easier for great ideas and great people to float to the top.  This year the TED team literally traveled around the world using the local TEDx hosts as their local ambassadors and brought some young voices from countries all over the world to the TED stage. 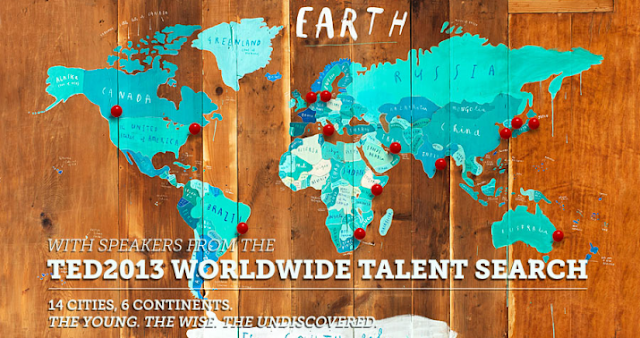 The stage had a tree house and was a bit more dynamic than years past. 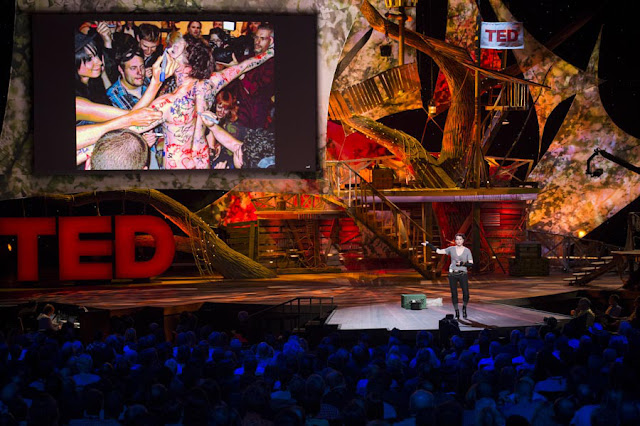 At each TED I get new ideas, fresh perspective, and the opportunity to bump into people that I don't see in my day to day routine.  Here are some highlights:

Educational researcher Sugata Mitra is the winner of the 2013 TED Prize. His wish: Build a School in the Cloud, where children can explore and learn from one another.  Sugata Mitra is a Professor of Educational Technology at Newcastle University in the UK, has been awarded $1 million in seed-funding for his wish to design the future of learning by supporting children all over the world to tap into their innate sense of wonder and work together. He hopes to build a School in the Cloud, a learning lab in India, where children can embark on intellectual adventures by engaging and connecting with information and mentoring online.

To prepare for the realities of the future workplace and the rapidly changing technological landscape, it is critical for educators to invite kids to get good at asking big questions that lead them on intellectual journeys to pursue answers, rather than only memorizing facts.

After a series of experiments revealed that groups of children can learn almost anything by themselves, researcher Sugata Mitra began his pursuit to inspire children all over the world to get curious and work together. In 1999, Sugata and his colleagues dug a hole in a wall bordering a slum in New Delhi, installed an Internet-connected PC, and left it there (with a hidden camera). Soon, they saw kids from the slum playing with the computer, learning English and searching through a wide variety of websites on science and other topics, and then teaching each other.

Sugata and his colleagues carried out experiments for over 13 years on the nature of self-organized learning, its extent, how it works and the role of adults in encouraging it. His innovative and bold efforts towards advancing learning for children all over the world earned him the first-ever $1 million dollar TED Prize award. At the 2013 TED conference, Sugata asked the global TED community to make his dream a reality by helping him build the ultimate School in the Cloud where children, no matter how rich or poor, can engage and connect with information and mentoring online.

I find his approach to be extremely compelling.  I have been thinking about new models for education for quite sometime.  His research into who designed our educational system and why it was designed with the current structure was fascinating.  It is truly out dated and the results we are seeing in schools are getting worse every year.

Another talk that I found interesting was done by Punk Rock star Amanda Palmer.  I'd never heard of Amanda before but I found her approach to her fans fascinating.  She has a very close relationship with her fans and she developed this style when she was just starting out by being a street performer with a hat requesting donations.  After each show she does a meet and greet with her fans.  She finally got on a record labels, released and album, and sold 25,000 copies.  To her surprise her label found the sales to be disappointing.  She was thinking holy smokes 25,000 people bought my album!  In response her next time instead of going through a record label she launched a kickstarter for her album.  She raised over $1M from roughly 25,000 fans.

The last talk I'll point out in this post was a fireside chat between Chris Anderson and Elon Musk.

Elon is the driving force behind SpaceX, Tesla Motors, and Solar City.  Chris asked him if there is anything we can learn from how Elon operates.  What can we understand about his approach that we can teach our kids.  Elon found this to be a very hard question to answer and kept saying "I don't know."  Chris persisted and eventually Elon thought about it a bit more.  He explained that most people think and act based on analogy.  They take a look at what someone else has done and do something similar based on those results.  Elon said that he uses Physics as his inspiration.  He always builds up his strategies and thoughts from first principles.  It's a seemingly simple idea but it struck me as having wide implication.  When you derive what you should do from first principles it forces you to get a very clear set of thoughts on the actions that you should take.