- May 01, 2010
While I was in New York at a party thrown by our investors True Ventures I met the founders of Makerbot. 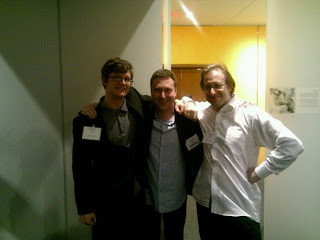 I chose to enroll as a mechanical engineer at the University of Illinois because I love building things. That passion for building, science, and technology drove me to start Inventables in 2002. Our mission all these years has remained the same but our approach to realizing the mission has made three major transformations. We are always trying to realize the mission in a way that has the largest impact on the world without compromising the integrity of the mission.

The concept for our Exploration Budget came from thinking about how we could achieve our mission. Exploration budget gives every employee budget and license to go explore and innovate. The natural tendency of a company is to incrementally improve their main product. This is healthy in the short run as it delivers immediate benefit to the current customers but it does not encourage disruptive ideas or lay the ground work for success in the long run. 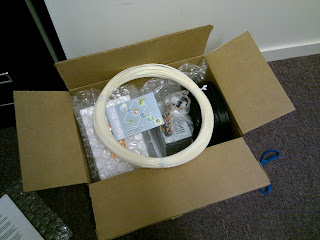 I recently used some exploration budget money to buy a Makerbot. I bought it (aside from geeking out on it's coolness) because I think it represents a meaningful step in the ongoing fundamental shift in our economy. It represents a move from an "Industrial" economy to a "Maker" economy. In a free market capitalistic economy businesses tend to continually move to the path of least resistance. They tend to move to make things cheaper and cheaper with new technology. This makes everyone "richer" because a dollar today can buy a lot more to improve your life than it could 100 years ago. In the extreme case you can now buy antibiotics to cure what we consider common sickness that people use die from. I think in the future you will be able to buy a GI Joe on Amazon and rather than paying for Hasbro to design it in Rhode Island, manufacture it in a factory in China, and ship it back to America to be sold Hasbro will design it in Rhode Island, upload the design to Amazon, and you will download it (like we do songs in iTunes) and print it out on our 3D printers. Today it might sounds silly but I think this is the future of eCommerce. 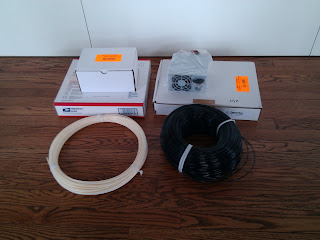 The Makerbot currently sells for $1000 and you must assemble it yourself. Once you do, you can "print out" parts made of ABS plastic that have been made with a 3D cad software. Today it only works with ABS plastic but in the future I'm sure you'll be able to use other materials like Soft Polyurethane Elastomers, High gravity plastics that mimic metals, and Thermally conductive plastics that dissipate heat. It's not going to be long before these 3D printers are as common as deskjet printers and you can pick one up for the same price as a deskjet fully assembled! The big question is will they be selling them at Best Buy, Office Max, or Home Depot! 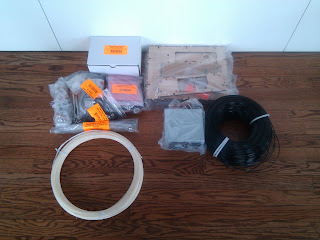 Thanks to @Last Software founders Brad Schell and Joe Esch the world has a free 3D CAD package. 
Google bought @Last Software and has expanded it with Google Sketchup, the 3D Warehouse, and connected it to Google Earth. This kind of software used to be really expensive and only available to big companies. (I used one of their competitors during my summer working at General Motors Electromotive Division) Sketchup now makes it available for free to anyone with an idea and some passion to make it real.


In this series of blog posts I'll be telling the story of the assembly and use of the Inventables Makerbot, it should be a fun adventure.
Exploration inventables